A documentary film and web project that explores attitudes towards war and the perceived inevitability of future violent conflict. “There will be a world without war, or there won’t be a world.” “We need the courage to face the truth about what we are doing in the world and act responsibly to change it.” 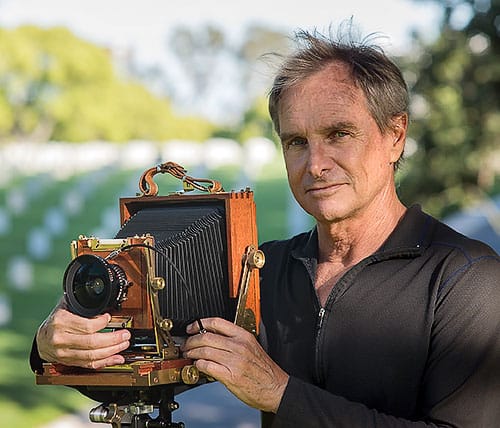 “Circumstances that might otherwise seem hopeless or inevitable actually are not hopeless at all. Every small act has resonance. All you need to do is imagine a better future, and then put that imagination into practice.”

Jeff Crum is a Los Angeles based filmmaker with an MFA from UCLA. He was technical consultant for NHK’s “High Vision” project, Japan’s first HDTV broadcast. He has worked as Director of Photography on narrative feature films and teaches cinematography.

Inspiration for The Question of War came from contemplating the near-term threats to sustaining human life on earth — nuclear war and climate change. His next film, Lets Make a Better Future, will explore solutions. “Words like ‘nationality’ and ‘nation’ aren’t needed. We are fellow human beings.” Vietnam correspondent, managing editor, and editor-in-chief of Ramparts magazine; worked for 17 years as a national correspondent for the LA Times

Robert reported from Cambodia, China, North Korea, Russia, Latin America and the Middle East. He has interviewed Fidel Castro and presidents Richard Nixon, Gerald Ford, Jimmy Carter, Ronald Reagan, George H.W. Bush and Bill Clinton. His books include The Pornography of Power, The Great American Stickup and They Know Everything About You.

Find out more at ScheerPost.com. Hayden is best known for his major role as an anti-war and civil rights activist in the 1960s. In 1962, he authored the Port Huron Statement, the political manifesto of the Students for a Democratic Society (SDS).

“The United States’ principle goal should be creating a world where hunger, poverty, disease, ignorance, violence and exploitation are replaced as central features by abundance, reason, love and international cooperation.”

Tom’s work and archives can be found at the Peace and Justice Resource Center. “We A-bomb survivors will never give up our goal of creating a world free of nuclear weapons.”

Keiko was an official interpreter for the inauguration of the Smithsonian Museum’s Enola Gay exhibit. Helena worked as a Beirut-based war correspondent for news outlets including The Christian Science Monitor, The Sunday Times, ABC News, and the BBC. She is the author of The Moral Architecture of World Peace.

Helena is the founder and editor of Just World Books. Roberto is 11 years old and lives in Playa district, Havana, Cuba. He has a dog named Mia and wants to be a bus driver when he grows up. He likes the anime series, Attack on Titan. His father is a cook. Stan Goff Is an American anti-war activist and writer. He served in the US Army from January 1970 to February 1996, in eight conflict areas, beginning with Vietnam, mostly in Special Operations Units. He is the author of 6 books including Full Spectrum Disorder and Hideous Dream.

Stan is a member of Veterans for Peace. Norman is a longtime associate of the media watch group Fairness & Accuracy In Reporting (FAIR). In 1997 he founded the Institute for Public Accuracy. He is the author of War Made Easy. Noam is the author of more than 120 books on linguistics, war, politics, and mass media. He is currently the laureate professor of linguistics in the College of Social and Behavioral Sciences at the University of Arizona.

Noam’s articles, books and lectures can be found at chomsky.info. Cuban educator and historian, one of Cuba’s most prominent Afro-Cuban intellectuals, and a member of the Cuban Academy of Sciences

Estaban is the author of Race in Cuba, Essays on the Revolution and Racial Inequality.

He blogs at Afro Cuba Web. “I hope foreign ministers will reflect on Hiroshima, and take action to advance the abolition of nuclear weapons.”

She is featured in the award winning documentary Atomic Mom. David is executive director of World Beyond War and campaign coordinator for RootsAction.org. Swanson’s books include War Is A Lie and When the World Outlawed War. Carlos has served in Cuban embassies and consulates in Japan, Bulgaria, Argentina, Canada, Ethiopia and Belgium. He is an expert in US Foreign policy and Cuba-United States relations.

He is editor of Temas a Cuban social science and humanities quarterly magazine. “I want to live in a world full of love for all people. I want everyone to understand that some of us have to put up with difficult things… But with even a little endurance and patience the world can be changed, right? It’s like when people say, ‘Small things add up to make a big difference.’ I truly believe that, and I hope we can all pitch in together.”

Chiharu loves sports tag, her favorite color is black, and her favorite food is deep fried chicken and Japanese dumplings. “I hope for a safe and peaceful world.”

Risako likes playing soccer and watching trains. Her favorite color is orange. She dreams of becoming a teacher. “Let’s play tag and take it easy. Play leads to laughter and friendship.”

Her dream is to become a dolphin veterinarian. Her favorite foods are strawberries, macaroons, cupcakes, and yuba. Her favorite color is mint blue. She loves to swim with dolphins and go on swing rides. “Everyone, let’s live together in friendship.”

Teruyuki is six years old and lives in Saitama, Japan.